*UPDATE: If you are at Screens 2013, come and talk to us and play crack a quack. https://play.google.com/store/apps/details?id=air.com.cttoronto.mobile.crackaquack

For Screens 2013, we were invited to create an installation. The team at FITC was kind enough to give us a lot of freedom for our topic – we decided to explore a classic piece of technology: The Light Gun.

The principles of light guns are fairly simple. It’s a device modeled to look like a gun that consists of an light sensitive sensor (often a photodiode of some kind) and a light source. The gun often has the light sensor and is pointed at the target, which emits light. When the sensor sense light it counts as a hit. Arguably, the most famous example is the NES Light Zapper which was introduced in 1984 with the Japanese Famicom system. However, the technique itself is far older. In a gaming context, it dates to the 1936 arcade game, Ray o Lite. Like it’s latter day counterpart, Ray O Lite was a duck hunting game. 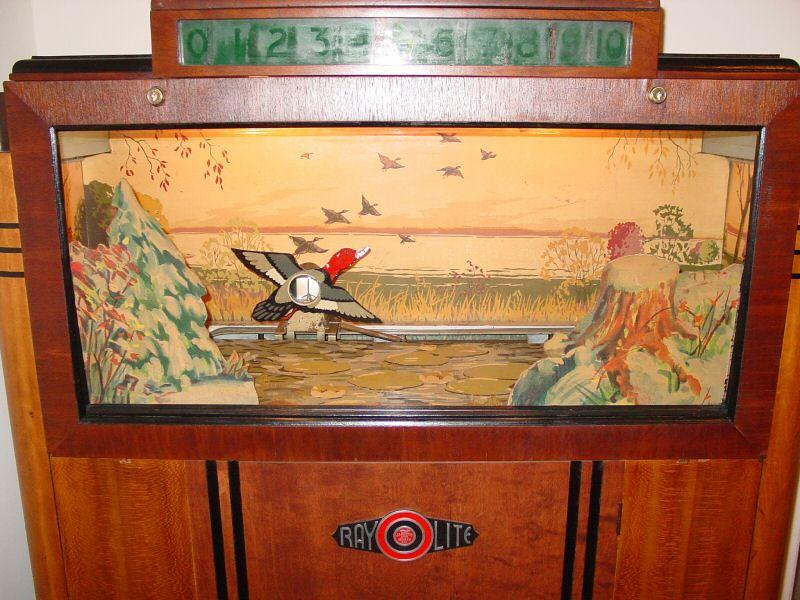 Below is the beautifully crafted 1947 Seeburg Shoot the Bear game:

For our Crack A Quack game, we wanted to make a mobile equivalent of the light gun. Something that operated on the principle that you point it at the screen and trigger a “sensor” to read whether you hit something or not. We do this by sampling pixels instead of indiscriminately sampling light. Every time you tap the screen we sample 3 pixels and evaluate whether it counts as hitting a “duck”.